The Most Serene Solar and Intersolar Confederation 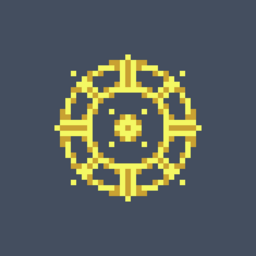 "The State is a sapling: Waters of change may drown it, and rays of fear may wither it, but well-tended it will one day bear fruit."
— Excerpt from A Comprehensive Guide to the Tenants of Solar Statescraft. (120 AEA)
Ministerial Publishing House, Neue Walstätte, Earth, Sol.

The Solar Confederation, officially The Most Serene Solar and Intersolar Confederation, is a polity based in the Sol system. The country is a federal republic divided into numerous cantons and territories, with federal level institutions based on Earth. The Confederation, sometimes referred to as SolGov, maintains a policy of armed neutrality; it has not fought in international conflict since early formation and avoids association with polarizing alliances. The Sol system has become the location of choice for numerous international organizations and institutions.

SolGov is a semi-direct democratic federal republic. The territory of SolGov is divided into numerous "Solar" sectors, which function as directly democratic federal cantons, as well as "Intersolar" frontiers which operate under stratocratic martial law. These cantons differ in exact details of governance, but are required by the Terran Constitution to draft and uphold a constitution of their own. Citizens are granted rights by the Terran Constitution to hold referendums that can directly influence and challenge government and legislation changes, an element of direct democracy.

Many important institutions exist within SolGov to maintain order and stability across all sectors, with vast amounts of resources poured into them.

Of the many federal-level institutions of the Solar Confederation, none are as powerful nor large as the Department of Administrative Affairs (DAA). Formed as a small supportive office intended to aid in handling miscellaneous issues with interdepartmental cooperation and policy, the DAA has since grown in scope and manpower to 40 billion staff members: a legion of administrators, officials, and civil servants. The DAA handles a wide range of tasks and issues, from representing the Confederation to operating colonial supply lines. It handles most administrative issues outside of the Sol system for the Confederation, and is the second most-likely institution one will encounter on the frontier. All civil servants and administrators start their career in the DAA, and those outside of the DAA frequently interact with it.

As all able-bodied citizens are required to be drilled in military matters, the Solar Confederation permits those who have completed their compulsory active service period to offer service as a Sonnensöldner — a state-certified mercenary. Many Solar Mercenary Companies and individual specialists will provide their expertise in warfare, policing, military engineering, and intelligence operations for good pay. The Sonnensöldner are required to follow and uphold Solar Law in all of their actions, and must vow to never harm another SolGov citizen in their line of work.

The Sol System itself is ruled centrally from labyrinthian administrative offices on Earth. Understood to be a major remnant from the historical TerraGov, the administration is sometimes referred to as the Terran Regency due to its deeply traditional nature, maintaining standards and policies considered anachronistic and strange in the modern day. The Regency has referred to itself as TerraGov in modern documentation, to the confusion of many inexperienced civil servants. It plays an active role in both governing the Sol system and the military administration of Intersolar sectors. By consequence, the Regency establishes and enforces SolGov's borders, customs, and tariffs.

SolGov’s culture has a deep connection to the human homeworld, Earth, a connection felt even by citizens not from the Sol system. While Earth has recovered well and is once again a jewel of natural beauty, the devastation of the Night of Fire Incident resulted in a profound appreciation of all things considered “natural”. This appreciation for the natural world, in combination with highly conservative and vaguely collectivist values (not in the party-political sense) has lead to most of SolGov culture being tied to vaguely defined senses of spiritual connection to nature, with society and its institutions being seen and interpreted as a force of nature to which sentient beings are naturally attuned.

SolGov relies on technologies considered rudimentary, such as pen-and-paper recordkeeping and faxes. Certain advanced technologies, particularly those to do with body modification, are avoided whenever practical low tech alternatives exist, with cybernetic enhancements and augmentation being deeply taboo and artificial intelligence eschewed in favor of a complete and total reliance on human manpower. Materials considered natural, such as wood, leather, plant-based textiles and horn, are preferred in construction and manufacturing, being used liberally for interior decoration and anything intended for direct bodily contact.

While SolGov actively pursues it’s own national interests, SolGov still sees itself (and is seen by others) as a nominally neutral nation, and as such goes out of its way to maintain cordial relations with other polities.

Playing a member of this faction[edit | edit source]

Whether you are part of SolGov's administrative class or are just a citizen, you should follow the following.

As a SolGov Representative, your role on a vessel or station can be likened to that of a Communications or Signal Officer. Your purpose is to facilitate cooperation and communications between different departments and people. You are not combat personnel, please do not act like it. A significant portion of your job consists of paperwork and report writing, with the most common form types being status reports, incident reports and requisition forms. These forms are important; the information sent back to the DAA is crucial!