From Shiptest Wiki
Jump to navigation Jump to search
Syebenaltch 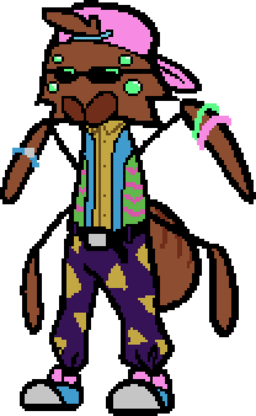 Under the shade of our founders. We work towards the final piece
Through sheer will we wade between the stars. Reaching upwards to seal the cursed sun.
— Ancient Rachadian Poem

Syebanltch is a red dwarf star and system which formed in the Scutum-Crux arm of the Milky Way roughly 5.2 billion years ago. The star produces an above-average amount of UV radiation which alongside the unique gravitational cycle of its terrestrial planets allowed the system to foster life and become the home system of the Rachnids.

Being the home system of Rachnid, there are many features and locations of note...

The home planet of rachnid and central house to the High Matriarchs, Reh'himl exists as an improbable oddity demonstrating the determination of the Rachnid. As it is the only planet within the stars thin habitable zone while also depending on the systems incredibly specific orbital patterns to sustain life. Syebanltchs naturally low temperature means the planet orbits much closer to the stars surface, increasing the exposure to UV radiation and resulting in an unsustainable rotation if not for Telh'aim. A secondary terrestrial body which eclipses the planet during it cycle. Which temporarily shields the incoming radiation and pulls on the planet to prevent tidal locking. In modern day the planet has been sealed in a protective array to keep the atmosphere at consistent survivable levels.

Due to it’s high volume of metals in addition to its particular orbit. Telh’aim eclipses the sunlight reaching Reh’himl which provided the planet a monthly respite from the intense radiaion of the star to allow life to foster. Despite the planet being mineral-rich and advances in technology making it’s orbital cycle irrelevant to life on Reh'himl. The planet is preserved as a relic and monument to the species improbable and fragile origins.

A ring-world megastructure constructed around Mea'awa, a gas giant past Reh'himl which acts as a testimony and museum for the Rachnid people. As a joint-effort between the Tati'zion, Deu'Texe and Strixiyos unions, the galleries are used to store and display the greatest works of their species. New discoveries, guildcrafts, and inventions of famed guildmasters are added each passing day from Rachnid whom wish to have their work marveled by the universe. To be expected, the Texe'geuhiml Galleries is one of the biggest places to visit for any tourist to the system.

Rachnids are theorized to decend from a species of arachnid which had hunted local insects that flew between the branches of trees. Rachnid anthropoligists propose that Rachnids developed social intelligence in a evolutionary competition between another species of intelligent bug that where eventually hunted into extinction. Consequently many aspects of rachadian culture differ greatly when compared to other civilized species.

Rachnids are individualist by nature, striving to be unique and frequently gravitate away from conformative beliefs. While Rachnid are capable of close collaboration, most prefer to work independently. Stepping on another person’s turf, physically or professionally, is frowned upon greatly. Many Rachnids take extreme pride work well done, focusing on minutia most others would ignore. Some will become despondent and anxious if they think that they are underperforming, and become desperate for approval and validation. Female Rachnids are additionally held to unusually high standards in Rachnidian society due to the expectations placed on them to take valued positions as guildmasters or guildmaidens.

A consequence of their noctural biology, or perhaps due to their hazardous environment as a result of the suns intense UV radiation. The symbolic significance of light and dark is inverted to that of most sapent speices. In other words where light is often seen as positive in most cultures, light is often depicted as a malicious force in Rachadian media. This inverted cultural meaning has an impact on common vocabulary and metaphor, which can cause confusion for non-native speakers and translators.

A primary facet of rachadian culture is the guild. Where rachnids would follow and seek education/apprenticeship from another rachnid to learn a desired skill or compete and hopefully surpass in their teachers profession. While some rachnids adhere to a singular guild to someday compete for the guildmaster title many join a series of guild to gain a general education before pursuing a singular profession. The general structure and objectives of a guild can be roughly interpreted by the Union it operates under. Although the specifics of a guild can vary quite substantially a majority of guilds have the following recognised positions.

The Guildmaster is the representative and primary educator of the guild. Often a practitioner of a specific skill or talent which is recognised and desired by others. Guildmasters are effectively the leader of the guild whom have final say on all desicisons, however this may vary. Should a Guildmaster retire or shown lacking in contrast to their apprentices the title of Guildmaster will be passed down to the most eligible apprentice.

For larger guilds the logistics of leadership can become a distraction from the guildmasters pursuit of innovating their craft. In such cases the Guildmaster may employ a Guildmaiden to take on the responsibilities of guild organization, recruitment and social structure. Though guildmasters are often viewed as the monarchical head of a guilds leadership the Guildmaidens are the true enactors and enforcers of internal guild authority. Despite the title the role of guildmaiden is not exclusively female.

Guildhands are common in larger guilds whom depend on labour from a skillset unrelated to the teachings of the guild itself. Instead of commissioning a good or service from an outside guild, apprentices from such guild will be employed as guildhands to continually provide for the guild as a long-term agreement.

Guilds that continue to make the center of their operations within Syebenaltch remain neutral in regards to the rest of the universe. Limiting themselves to transactional and commercial interest.

Playing a character from this location[edit | edit source]

You're most likely a Rachnid, but regardless your time in Syebenaltch has led you down a path to peruse some individual skill or goal with a fierce passion. What is it? What guilds did you join to improve or achieve this goal?