From Shiptest Wiki
Jump to navigation Jump to search
Elzuosa 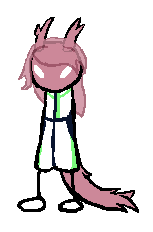 Elzuosa (singular elzuose) are a relatively unusual species of electrically-powered crystalline-plant people. They're one of the few organic sapients to share a home planet with another, having evolved alongside the sarathi on Kalixcis.

Elzuosa evolved alongside sarathi on Kalixcis. It’s said that they cultivated each other, with sarathi growing elzuosa as much as elzuosa “grew” them, though interpretations of the legend and what it means vary widely. Because of this, those who retain cultural origins from the planet fully share the same tendencies toward self-determination, communal child-raising, and found-family that are common there.

Elzuosa have a relatively unique physiology. While they are organic bipeds, they cross some of the lines between plant and animal, while their crystalline organs add elements not particularly found in either. It's thought that their reproduction method of propagating cuttings into soil contributed to Kalixcian culture's general lack of a particular concept of gender roles or familial lineage. Dropped cuttings even as large as limbs can be regrown over long periods of time

Elzuosa are capable of "rooting" into the soil using their clawed feet and root-like 'tail' to obtain electricity, though this is only particularly efficient in Kalixcian soil or similar. They're capable of extracting charge from electrical components in place of this, though this doesn't do much for obtaining matter for their bodies the way other organisms eat food for. An elzuose does not particularly need their tail to live, and many can be seen without one- it only aids somewhat in balance and rooting.

While you might be strange in some regards to standard flesh-and-blood organics, you are still technically one of them. This might put you in a strange spot in relating to them, or give you a different perspective on it. You're probably from Kalixcis or otherwise culturally linked to it, and your perspective might be shaped as such.

Or maybe you were adopted by rachnids and thus have absolutely no goddamn idea what any of that is.

Kalixcians typically choose their own names and will often freely change their names as they please throughout their life. Though this gives a wide range of possibilities in naming your character, a certain amount of trends are present in their chosen names that might aid you if you're stuck. One scheme would be the potentially familiar naming scheme of Does-The-Thing, or anything roughly similar to it. Names might written in the Kalixcian language, and thus assembled from syllables vaguely similar to it. Namegen should eventually produce those, but for while it isn't just stick a bunch of k's, z's, and r's, and you'll be good. These names might have IC translations into other languages (to a Does-The-Thing type name or otherwise), or they might just be syllables that sounded nice. These aren't hard rules.

Additionally, spacebound elzuosa have a stronger tendency to name themselves after the stars and constellations, being that much closer to them.

Goddamn! Space plants! What will they think of next?

These things are gonna get a rework soon enough why would I bother putting anything in here. Oh god. It's like three AM.

Right now they're just tg ethereals you do burn punch you eat the lighjtbulbs crunch crunch gotdam! ! !!!!! get out of my house