From Shiptest Wiki
Jump to navigation Jump to search
Robots 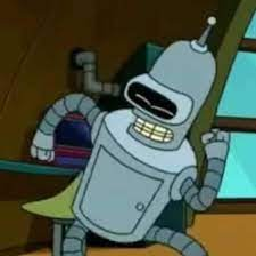 Look, I'm not here to tell you what a robot is.

It's hard to pin down all synthetic intelligence as one singular, unified thing. Positronic brains and their various chassis make for a decent starting point, though.

Decent, but imperfect, because of all those pesky uploaders and MMIs.

Typically speaking, social discrimination of synthetic intelligences never really happened. Slavery of them would quickly be ruled to be illegal in just about every polity. This, of course, did not stop certain corporations from functionally enslaving them through massive debts for their own construction. The temporary Asimov-inspired "lawing" of synthetics would be seen as equivalent to measures like loyalty implants; if it was okay to do on organics, then it's okay to do to synthetics. Which makes it not slavery. Well, not any more slavery than any other job for the megacorps. At least things are starting to get better these days?

Not every synthetic made is necessarily born into this situation, either; plenty are themselves enforcers of the system rather than the victims.

The positronic brain remains as much of a mystery as the universe's varying ensemble of biological brains, and is even mysterious in many of the same ways. There is no one true level of "robotic-ness" that a positronic can have, and exactly where any individual lands on the spectrum is anyone's guess. This is further complicated by the fact that some will often act more or less robotic than they truly are inside.

One benefit of a positronic brain is that you can put it in, like, basically whatever. Isn't that cool? For whatever reason, people are more often referred to as the body they're taking, regardless of what their mind is housed in. Isn't that funny.

The lore for IPCs is intentionally left open, to encourage creativity in your character's backstory and personality. What was their life like beforehand? What are they like now? Are they perfectly capable of every emotion an organic can feel, or just the relevant ones? How much of that is because of their nature, and how much of that is closer to being a trauma response than anything else?

Go hog wild, as long as it doesn't break any of the rules. There's no particular rule against giving a synthetic character a name that would be more often seen on an organic, unlike some servers apparently have. Additionally, if your character's name is just an acronym of something, it's considered good form to actually have an idea of what that acronym stands for.

Space is full of opportunities for robots! It's like it was made for them.

For obvious reasons this applies solely to the IPC species.